A week ago I bought a mecha from Gundam universe for use it as mech for my sci-fi 15mm miniatures from GZG. I got it from Hobby Link Japan, and by a very low price, around 3€ I bought a 1/144 scale mech.

And here is the unboxing:
One very interesting thing is that the assembly of the parts doesn't require glue
Conclusions, I am very impressed with this product, very easy to be built, cheap and great to by used as a 15mm mech or a samurai mech warrior in a kaiju skirmish.

Totally recommendable for wargaming.
No comments:

I have never published an entry like this, but I am impressed by this creation, the Steam convoy

is a vehicle from the World War One that travelled from the Bovington Tank Museum to the Great Dorset Steam Fair.
The 24m load formed part of a special World War One centenary display at the event at Tarrant Hinton.

It's great and ideal for a wargaming scenario for a steampunk setting
No comments:

After the Christmas break, and after freak out with Rothgar mechs and rules, I decided to start to paint my infantry walkers from GZG. I had some of them, and with that idea of using them like mechs, I may have interesting battles.

So, I begin to paint them, and in a pair of weeks, all of them were paint and ready for the combat. Here you can watch some photos...

The idea is to create two sides, the Blue Army, and the Red Army. Both armies will have the same units: 6 basic mechs, 3 assault mechs, and 3 artillery mechs. In the future, probably I will add some additional mechs. Besides, of these mechs, there are some light mechs, from GZG too, and some heavy mechs from Wizkids (Mech Warrios).

And now, let's take a look on the mechs or infantry walkers:


The buildings in the back are from Dropzone Commander, and they are for 10mm minatures.
These mechs fit very well with the 6mm miniatures and 2mm tanks that I painted during the last of 2014, so, probably I will mix  them, for representing epic scale battles.

This week I have begin the year having a funny skirmish with Mendoza, giving a try to Skirmish Sangin, a ruleset of 170 pages for modern skirmish in Somalia and Irak battle zones.

At the begin, we thought that the game was going to be very annoying, because of the high quantity of tables and modifiers, but the game was very smooth, let's watch the photos!

The Skirmish
The objective was to reach the helicopter and take the two passengers to the own deployment area. 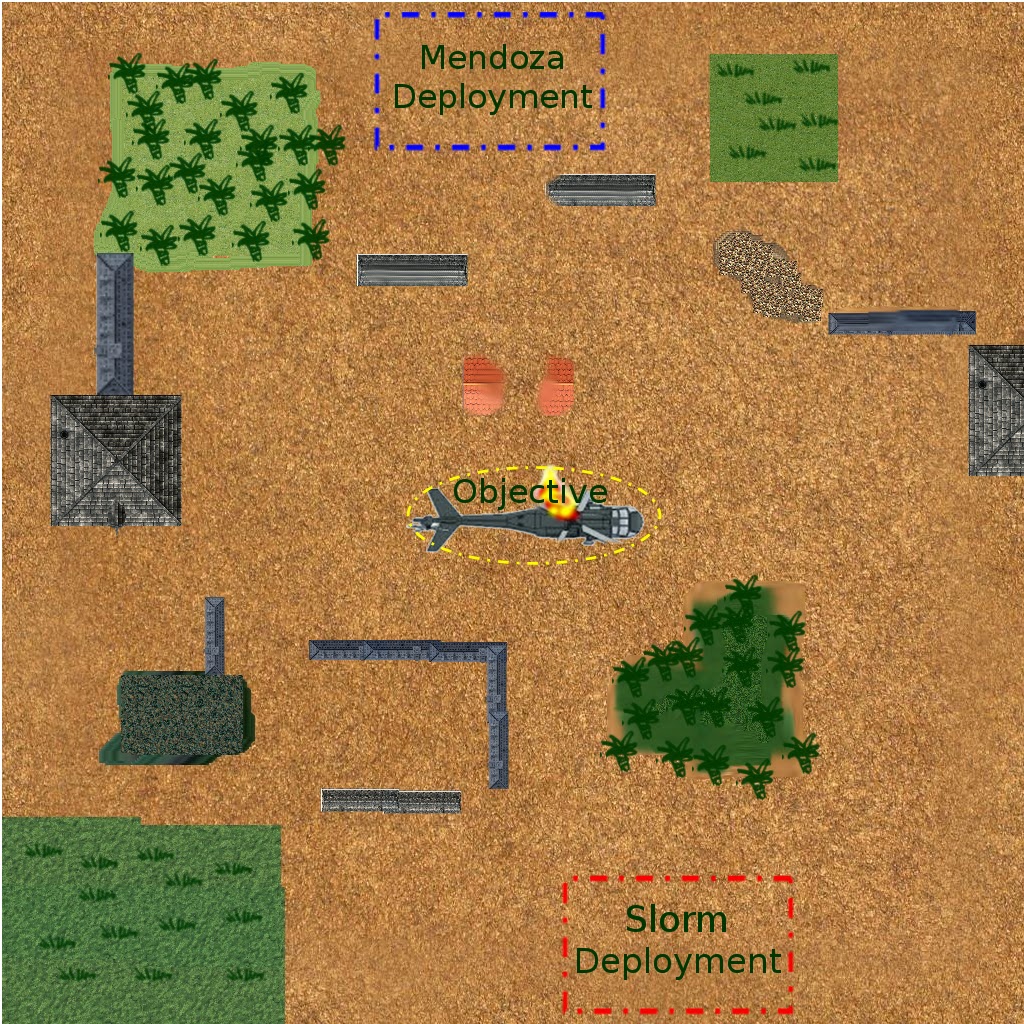 The troops begin to run looking for a cover, from where they could shoot the enemy 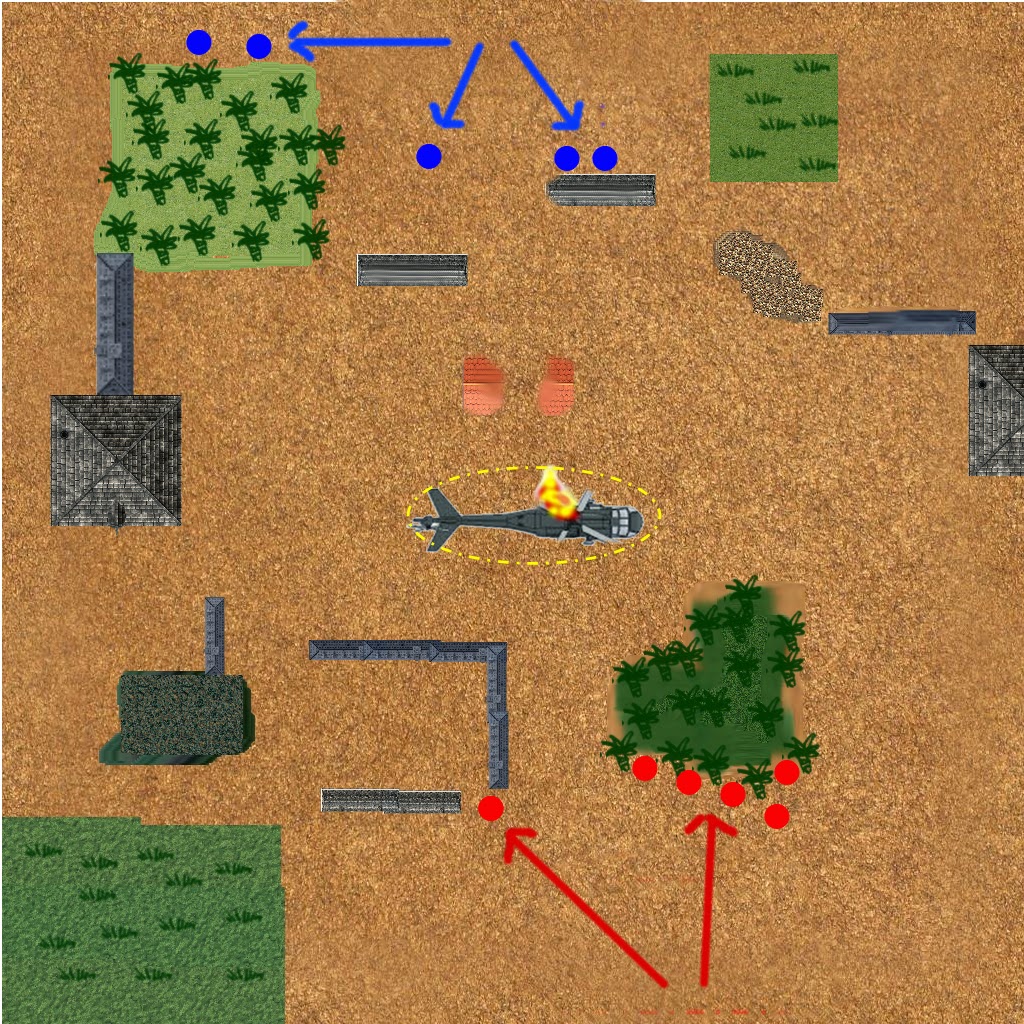 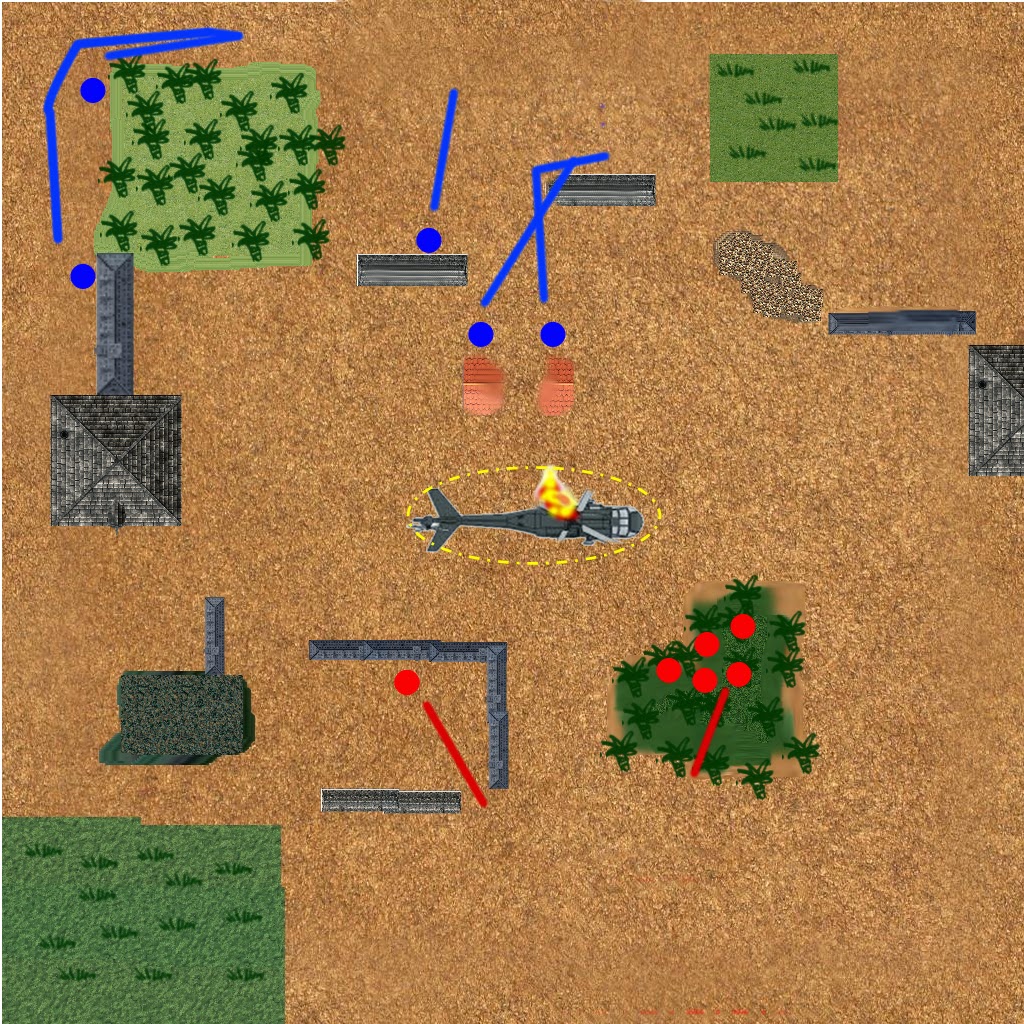 The first shoot, one from the sniper kill in a second the second in command from Slorm's warriors. 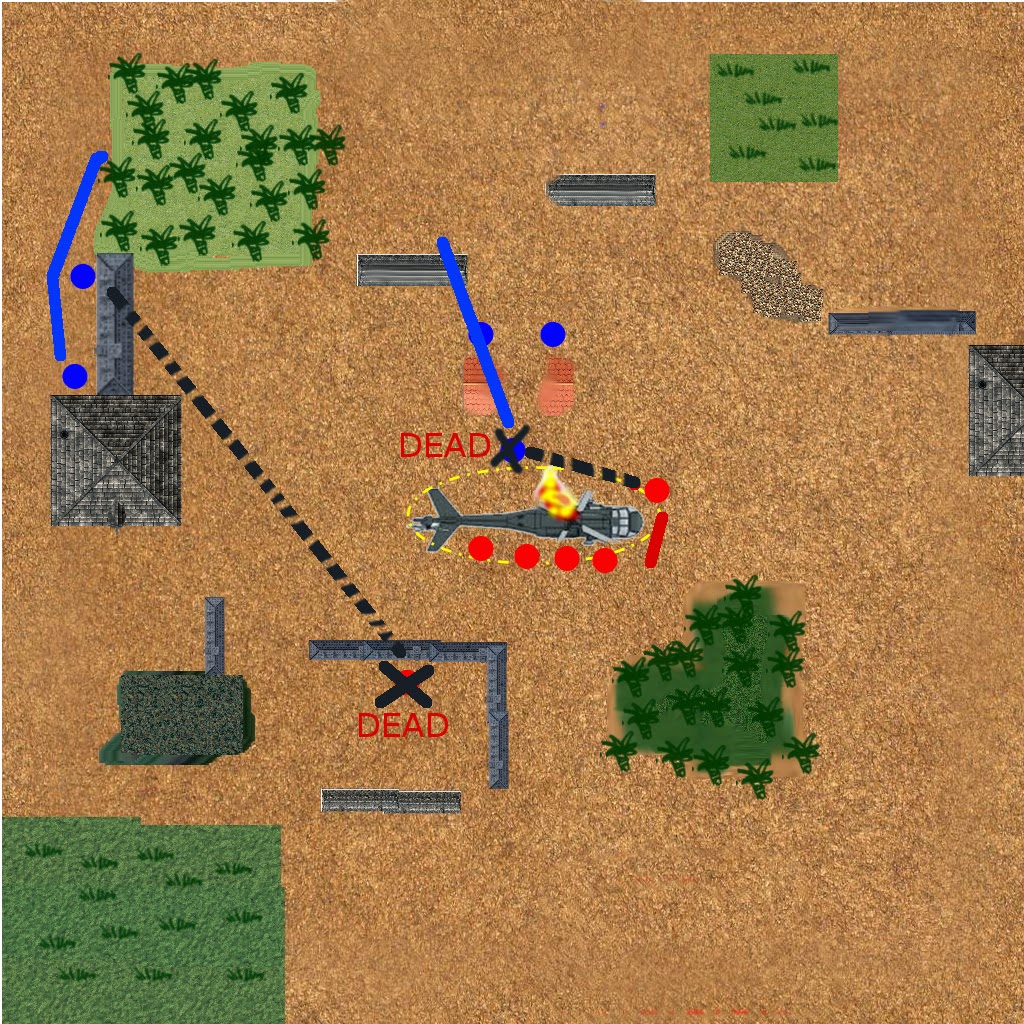 His comrades advance to the objective, and one of them crawling arrive two the cockpit and shoot against the Mendoza's warrior.... Blood for blood!

Slorm's warriors climb into the helicopter, but Mendoza's shooters know how and when to push their tiggers, three men killed... 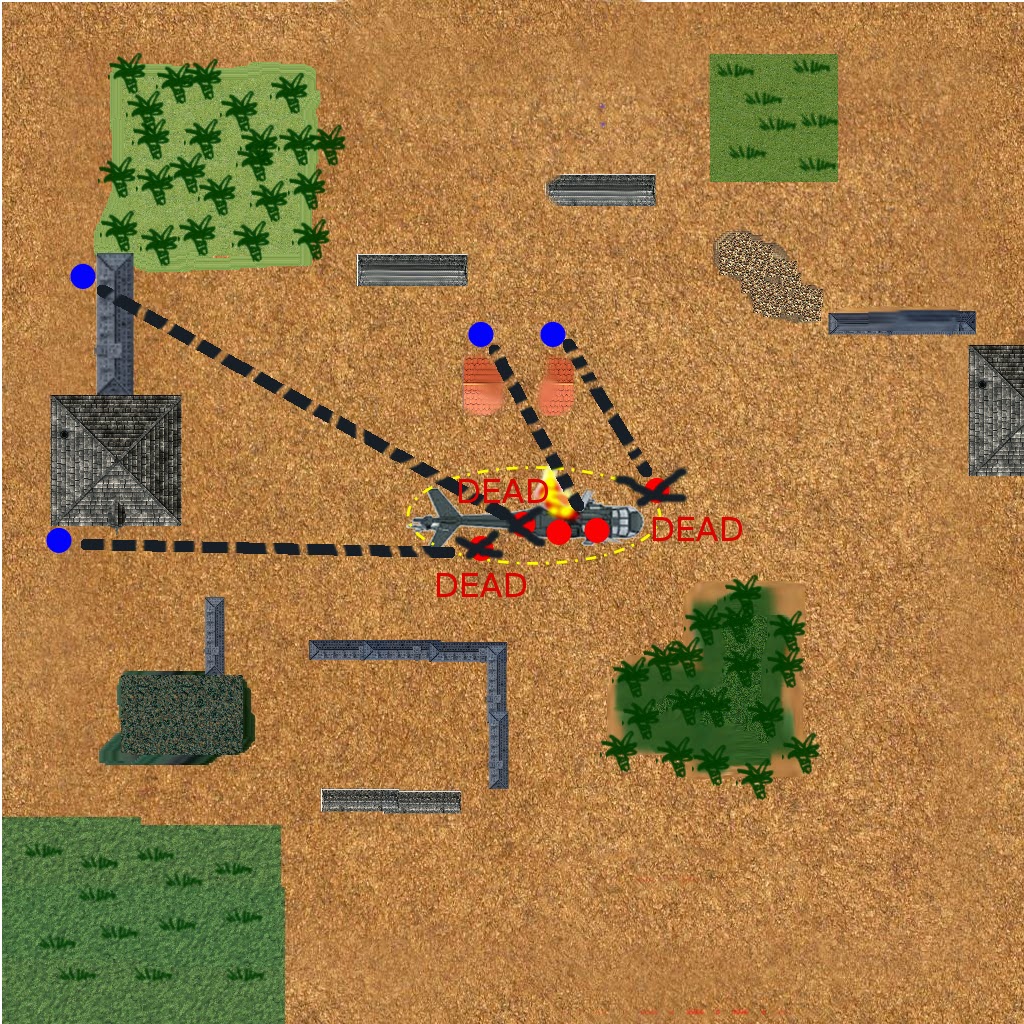 With more than the 50% of the troops died, Slorm's men decided to quit the battle and run away.... The helicopter didn't fit with the color of the dinning room decoration. 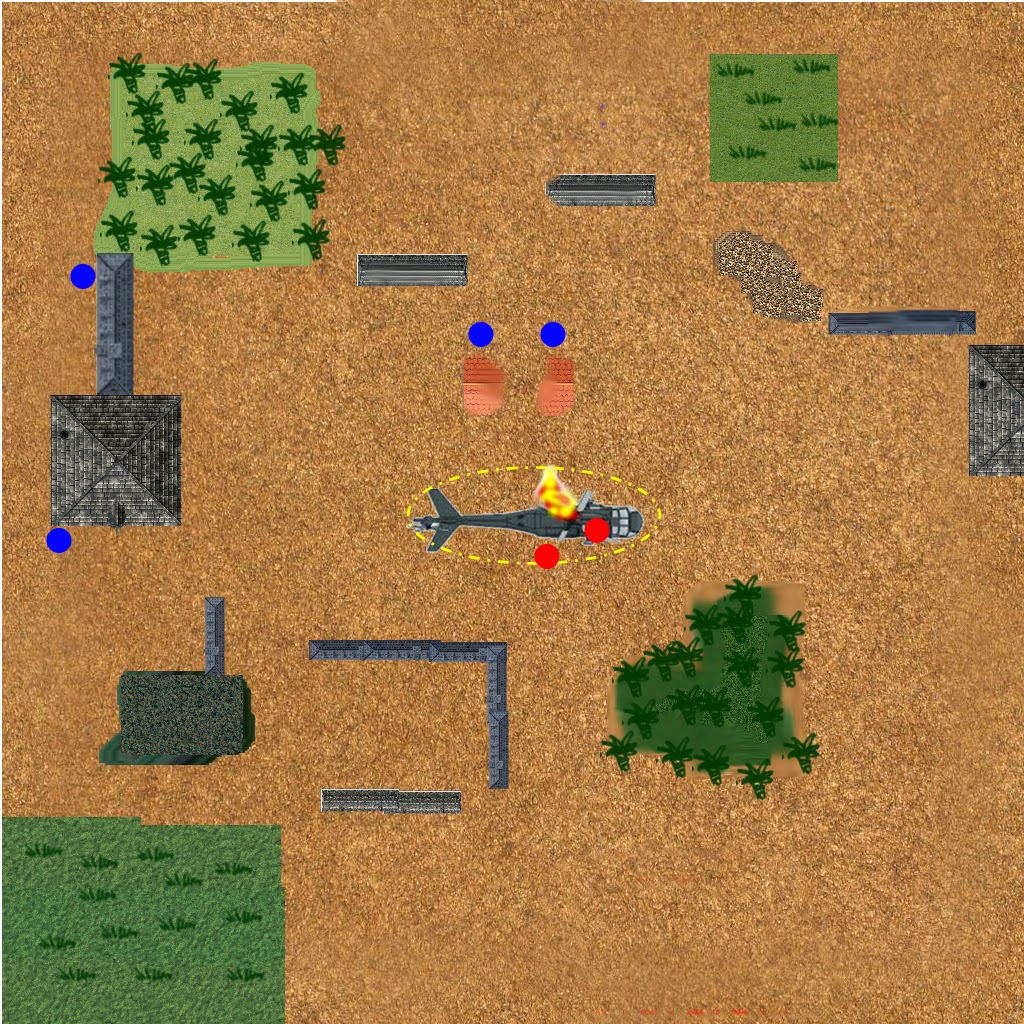 A very interesting skirmish, we found some problems with the orders for moving, stop or run, and with the number of shoots per phase that a soldier can make. We have to read the ruleset another time and probably these questions will be solved.
No comments: