Characters & Background for Land of Gods

I plan to play a campaign using Warrior Heroes: Legends, Legends of Araby and Blood Eagle, lively in an Imagi·world, where the ancient Greek, Persian, and Egypts lives together with other Mediterranean ancient cultures.

The history will be developed following the adventures of a noble called Slorm, and his fiancé Myshella, a sorceress from the Asklepias god.

A period in Caba

Our heroes arrived to Caba on the time expected, but after the fright with the caravan, they decided that the travel to Yeblela was going to be by river, because it was much more secure, the problem was that they must spend two weeks in Caba, so they decided to visited some people there, and enjoy the visit. 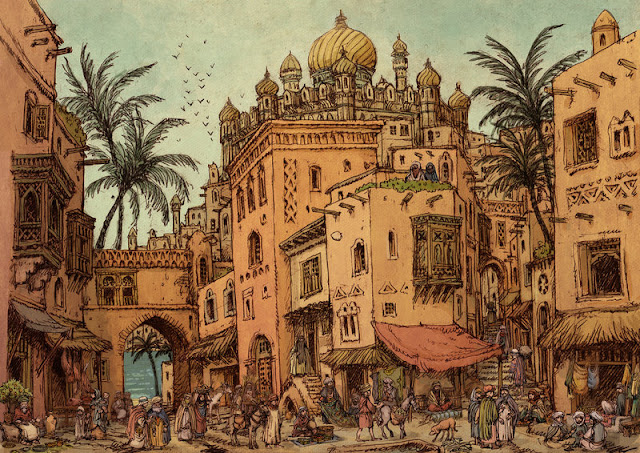 Caba is one of the main cities in the area, its economy is based on the route that goes through there from Negraya. Their peoples hate the desert nomads, and have a very fortified wall to avoid their assaults.

The city is conformed by five main areas, like these: 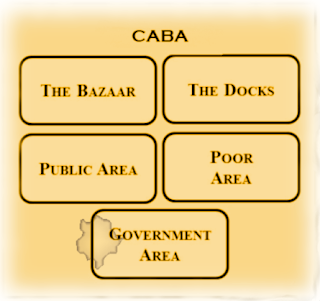 These scenarios will use the great Legends of Araby by THW
No comments:

Assault on the Caravan

Once upon a time, in the hot sands of Kemet, a small caravan was crossing the desert. It was transporting travellers and goods through a pacific area, in a travel of no more than 30 mills. 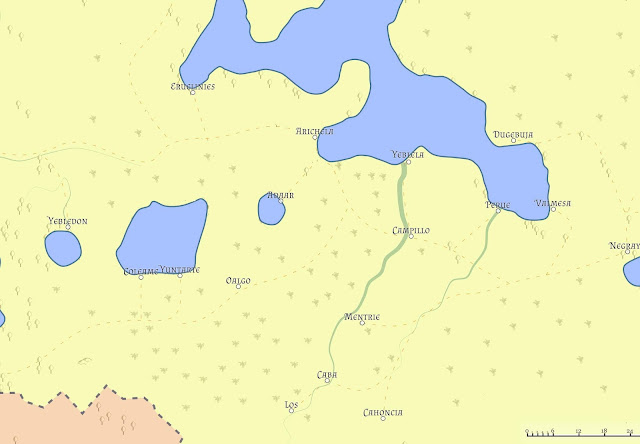 Our heroes Slorm and Myshella were travelling in this caravan from Cahoncia to Caba, when a group of thieves assaulted them. The action was very fast, just the Sun was starting to hide behind the horizon when, a group of Tai-Seiti appeared from holes in the sand, the guards dismount and got ready for the action. 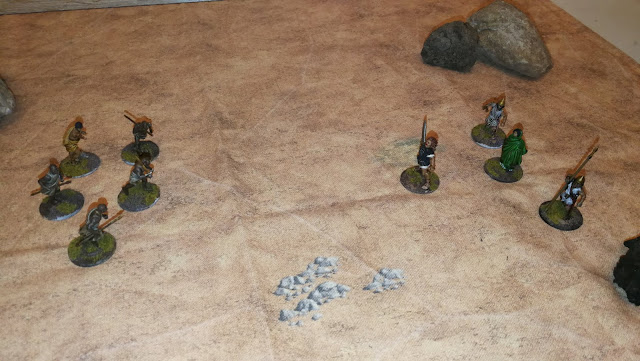 The raiders looked like surprised, because the lost the initiative, and the guards together with Slorm, charged against them... 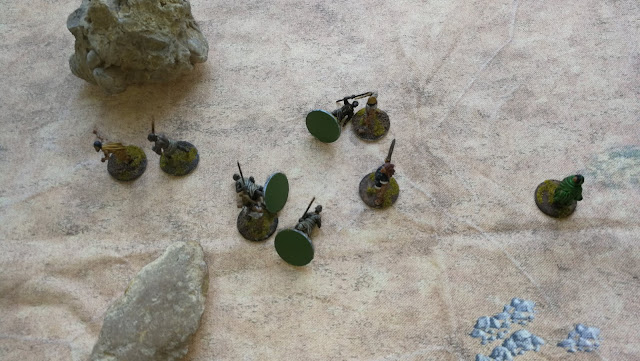 The swords and spears cut the air and the throat of the assaulter, who died, just to of them decided to flee to save their lives.

Our heroes got together to recover themselves and to look for more survivors and remake the cavaran... This time they have survive...

The travel continue...
No comments: 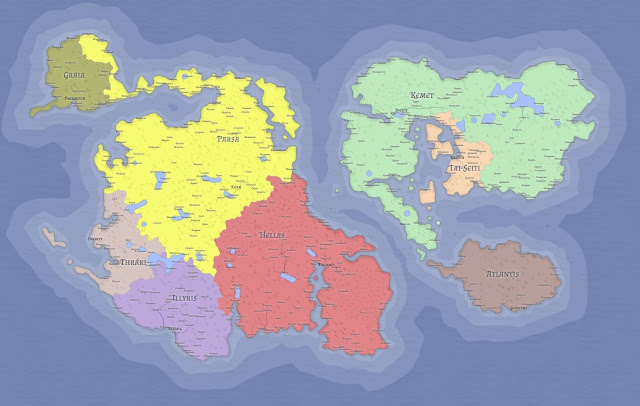 The three continents are very different between them, Amam is a big desert, plenty of ancient ruined building. Iperio is a glowing continent with a Mediterranean climate, with the highest population taxes. And Atlantis is the oldest continent, populated by the self-proclaimed "Sons of the Stars", and ancient civilization, who is into decline after a plague decimated the area. They are very xenophobic, so they persecute any invader from the other continents.

The cultures have special aspect, that I would like to explain:
- Hellas, they are the sons and daughters of the gods of Mytikas, the biggest mountain in the continent. They are very similar to the Classical Greeks from our world.

- Parsa, they call themselves "the first humans", because they are convinced that they are the first inhabitants of the lands. They are very similar to the Achaemenid Persians form our world.

- Kemet, they are the inhabitants of the big desert of Amam, they are very similar to the New Kingdom of Egypt.

And in this place will happen the adventures...

Any good story begins with a good map and a good idea, so let's start this new campaign, with all these things:

- A good idea, I love the ancient Greek and Egypt mythology, with the forgiveness of the Tolkien fans, in my opinion, Zeus and Ra laugh at Eru's and the Ainur's faces. The depth and variety of these mythologies outweigh Tolkien and his Nordic adaptations. For this reason, I want to focus my campaign in these setting.

- A good map, after looking for a lot, I have found the web that let me create and modify the map for my campaign, from the size of the land mass, to the name of each city or river. This perfect place is: https://azgaar.github.io/Fantasy-Map-Generator/ I have been working on it, and I have the map that I need, something like this: 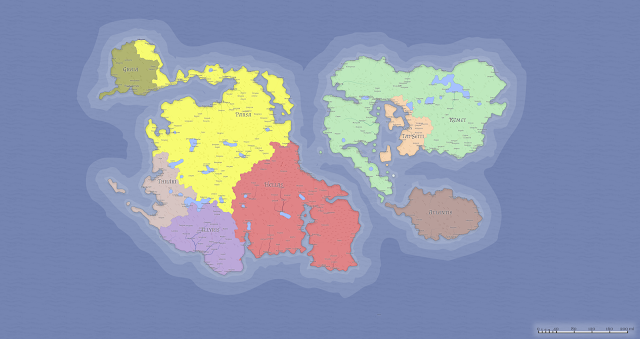 - A good rulebook, I am sorry, but I haven't found any rulebook that could hit the Ed THW books, his system to create enemies and set up the scenario is incredible, the only element that suffers is that the profiles of the troops are, in my opinion, sometimes too simple when you need to play a complex character; but for this is Craig with his Blood Eagle and In Her Majesty Name, to arrange the afternoon, so I will use both rules equally. So I will use both regulations to solve the skirmishes and I hope that also battles.

- A good fistful of miniatures, one of the things that demotivate me is the use of tons of miniatures because I don't have the time neither space to have all of them. With these rulesets, the skirmish will be with around 5-10 miniatures per side, a quantity that is really suitable for me. In the other hand, I participated in the Mythic Battles Pantheon KS so I have a bunch of mythological creatures ready to hunt the heroes.

- A good motivation, having painted most of the miniatures required, I am ready to start to play scenarios and advance in the Land of Gods Campaign.

I hope that all you enjoy the campaign as much as me!