During the last week I have been very busy because I was getting a challenge with Hetairoi, the challenge was to paint 2 Microworld armies (15 stands army) in less than 15 days.

Both armies were the Undead army that I started during the Spring, but I had to rebasing the undeads because after I had a KoW battle with Hetairoi, and we decided that the 4cm front stand were better than my initial 3cm frontal stands.

The units with a front of 4cm works better because the miniatures fit better and they look like better, as well, as I am planning to make a Greek army using Baccus miniatures, their strips measure 2cm, so if the stands measure 3cm, the Baccus strip would not be sticked in pairs...

I has been publishing the advances in this thread in La Armada Forum, there you can see some photos like these 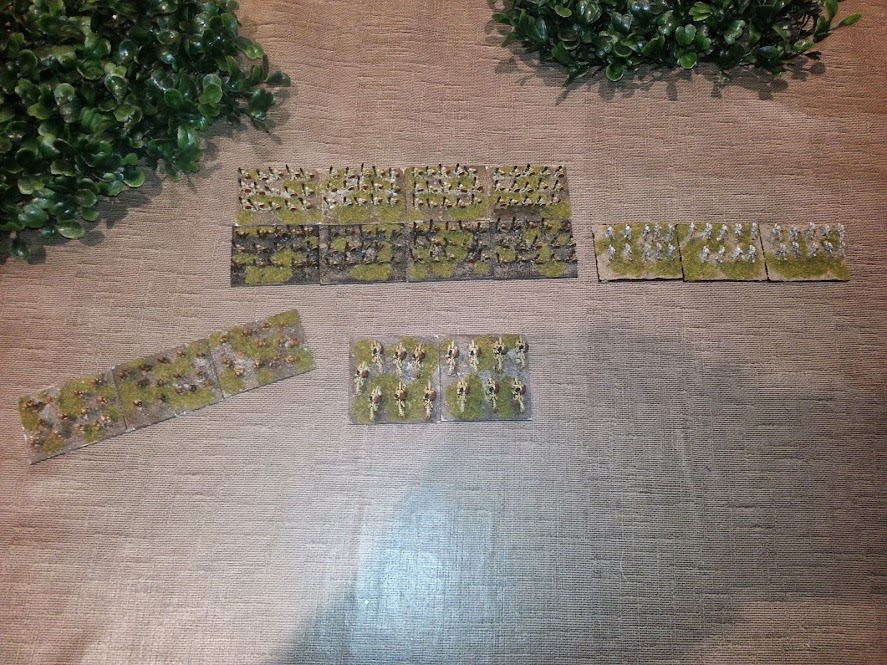 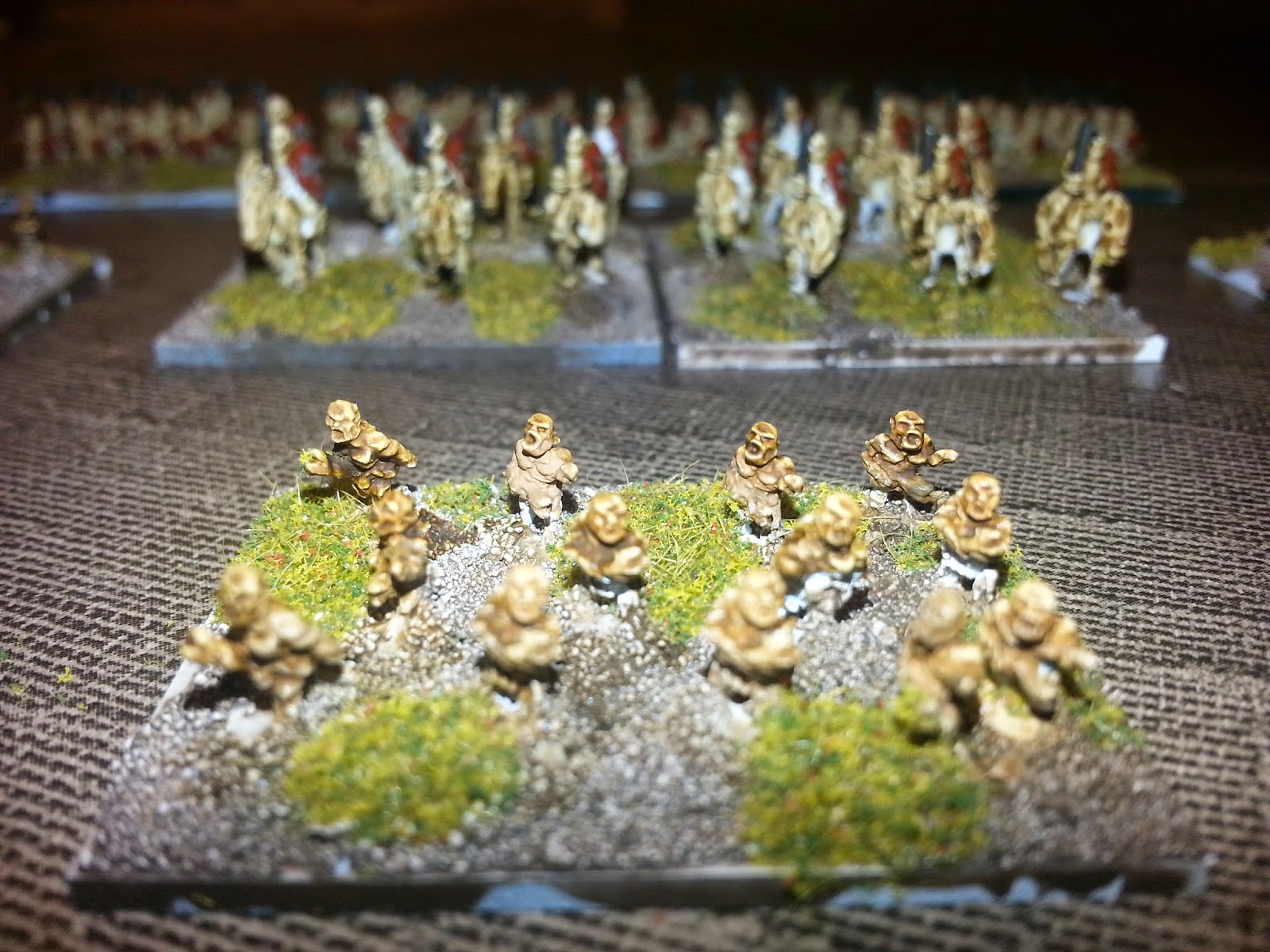 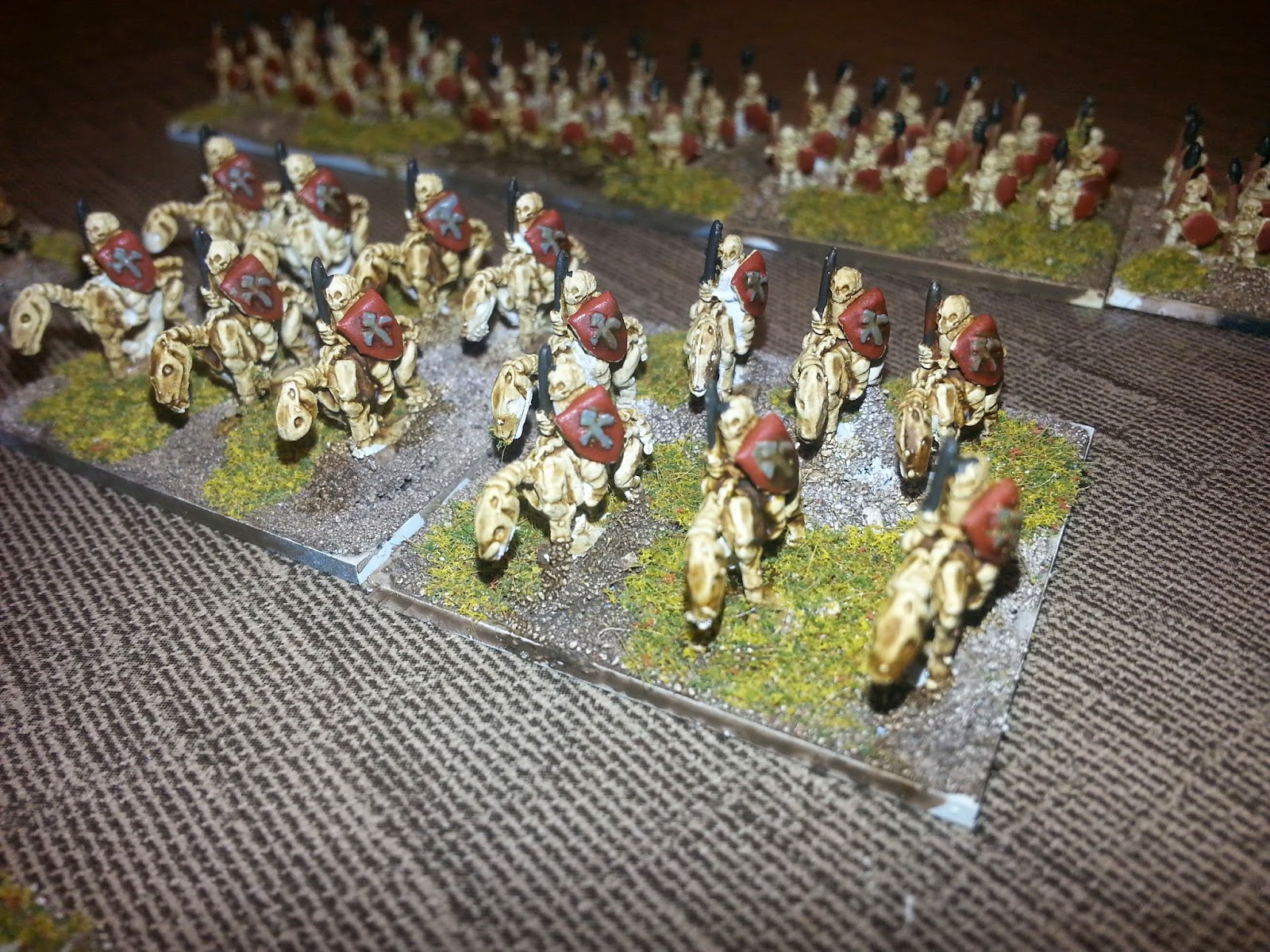 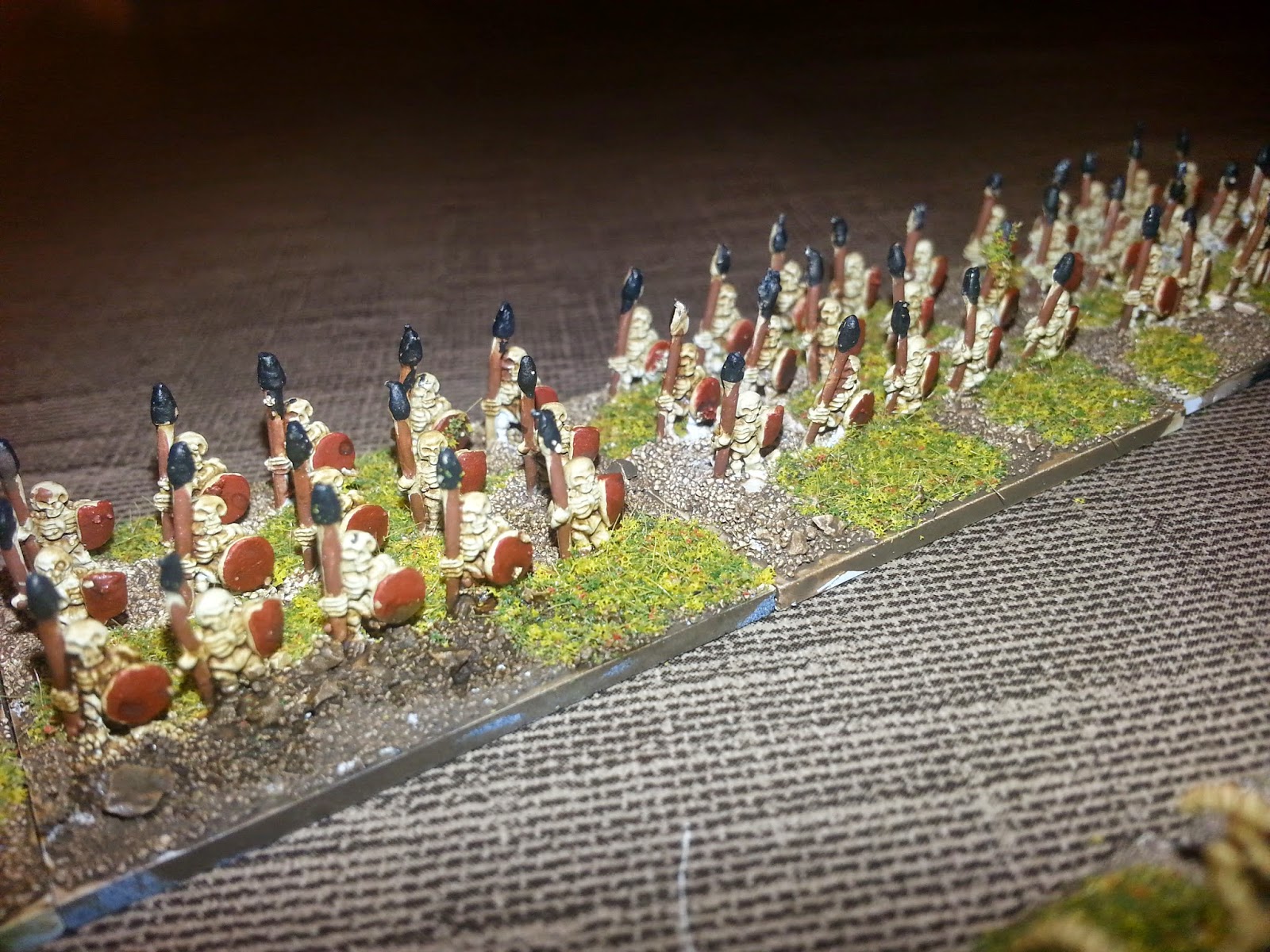 And the Beastmen Army 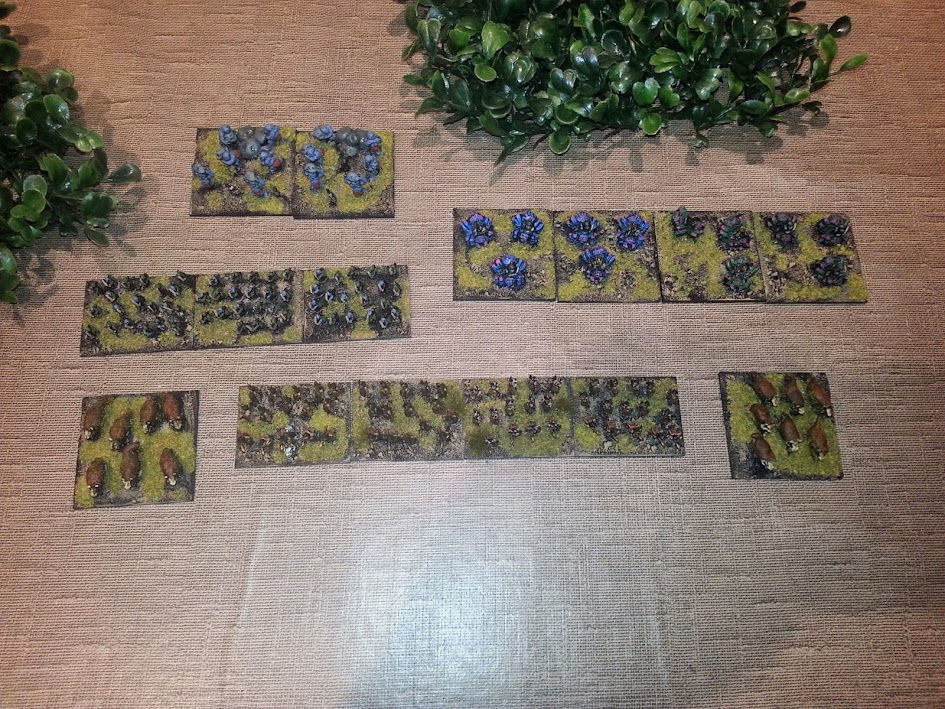