[USE ME] Space Elves vs Goaulds

While I find the way for continue playing the "Weird Euskadi Campaign", I have taken out my 6mm miniatures to give a try the mechs that I bought during the summer.

I played a pitched battle between a group of Eldars, and some DRM miniatures. Both armies were quite similar  with heavy vehicles and mechs.  The Goualds had better weaponry and the Space elves were more.

And now the photos 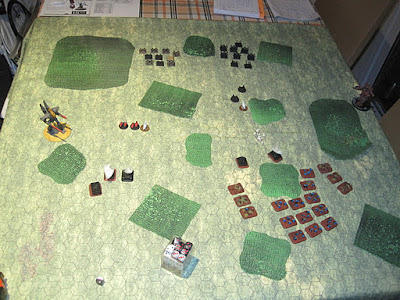 Some comments
Interesting battle, with a high superiority of the Eldars vehicles over the Goaulds. The dices scores were determiner.
The battle was too much slow because I forgot to write down the range of each weapon.... On next time I must use troops cards like Noel.