During the second month, the tribe decided to go out from the forest, and advance crossing the savanna looking for less dangerous terrains. They arrived a clear zone, where there was a little hill in the middle, cell 2.5 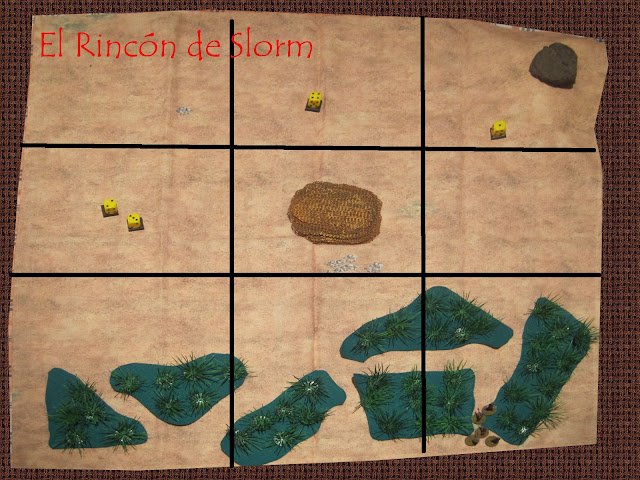 I used the Adventures in the Lost Lands (THW) PEF system, to give some randomness to the enemy troops. 4 PEFs.

Ulrek and his men advanced from the south, going out from the deep forest, when they come out they saw in the horizon a herd of animals, the looked like calm so they advance sneaking, they were a herd of megaloceros, that didn't pay attention to the hunters... 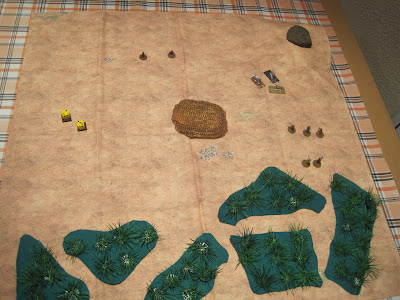 On the left appeared a pair of humans, they looked like a child and a old person, the old one started to run away from the hunters, while the child petrified stand watching how them hunt the horned creatures. It was a fast combat, three men attack to the first Megalocero, killing it, what caused that the other run away from the attackers. 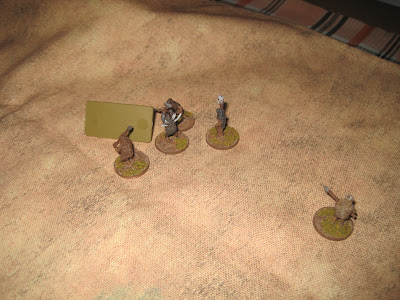 The elder human while was running watched a pair of dire wolves chasing a Glyptodon, so they decided to carry off with the Megalocero body and go to hide in the forests another time. 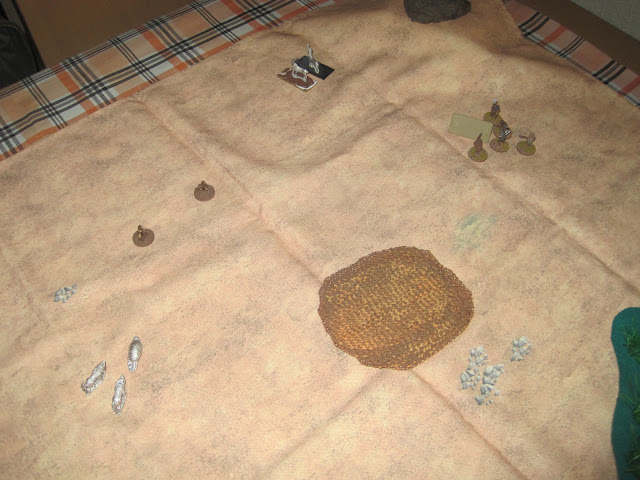 They didn't know what happened with the other humans, but this is a savage world where the own survival is the main.

Another month with food to survive....