Anno Domine 1345, Month III,
Another usual day patrolling the East border with the wild territories. Snowy and cold, nothing new.

Slorm has been in the patrolling force, for more than 5 years, and he wants to change his life... while he was wondering, Olog, the bowman advised of the sounds than come from the bushes 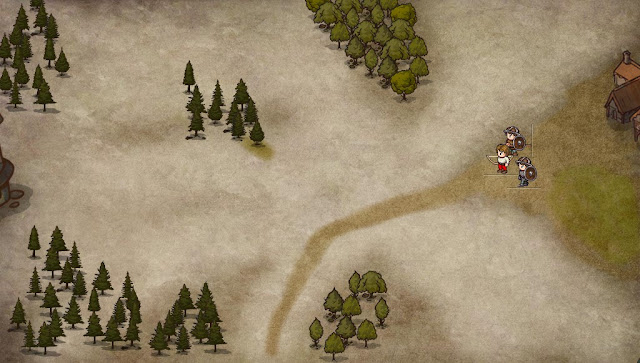 After advancing slowly, the patrol discovered a pair of barbarians hidden behind some bushes, and decided to attack them. 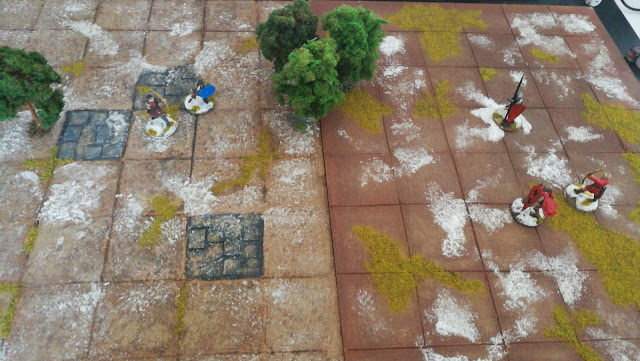 Slorm charged savagely but the barbarian was waiting him, so a big hit made him thought that his life was ended... but miraculously he got recover and returned to the battle. The archer had problems with his bow, however, the spearman was there to save the day. 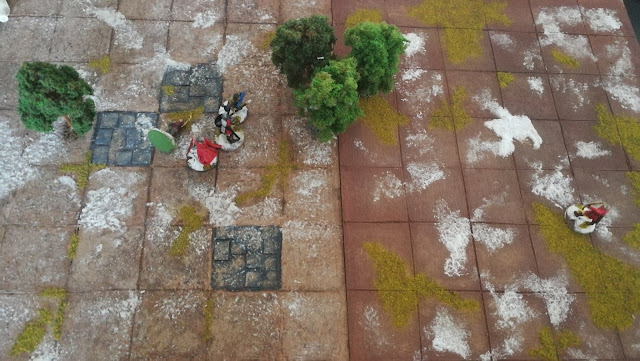 Finally, the warrior was taken as prisoner, and brought to the strong hold, where after an interrogation, confirmed that the pagan barbarians were preparing to assault the border....

The war is coming...