Month 1, Smilodons at the lake

During the first months the tribe wandered in a dangerouse zone (cell 1.6), the zone was a wooded area, with a lake in the middle, here is a photo

I used the Adventures in the Lost Lands (THW) PEF system, to give some randomness to the enemy troops. 4 PEFs.

Ulrek and his men advanced from the south, going upriver, to the lake.

Some turns later, they met the creatures hanging around the lake 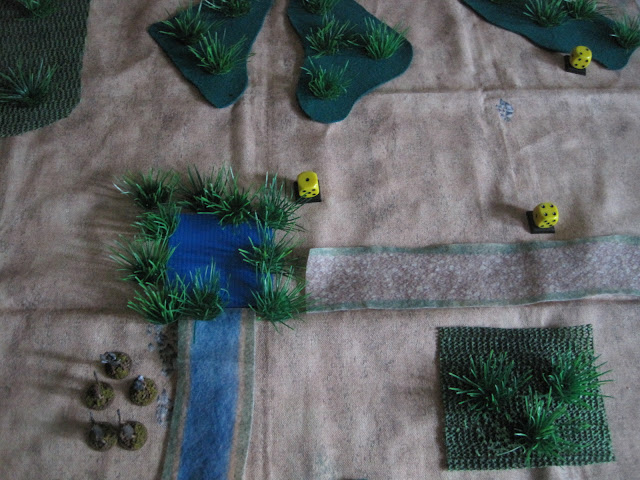 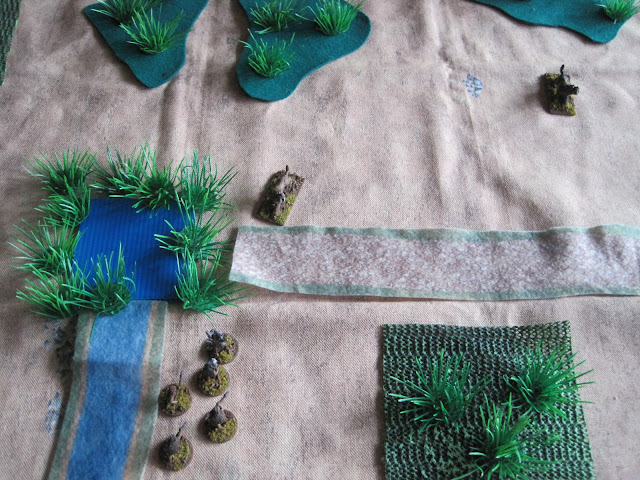 A pair of Smilodons that were awaiting for the deers, that normally drank there. 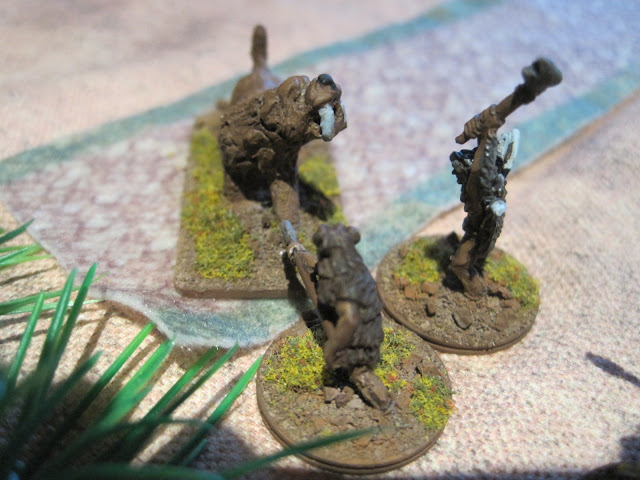 A heavy stroke kill the beast, but the noise of the battle call the attention of the other smilodon, who approached to the humans. 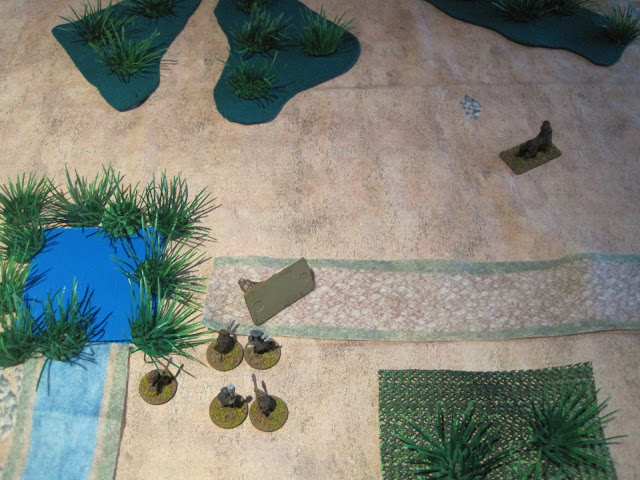 The humans more daring advanced to the creature, and charged against him... 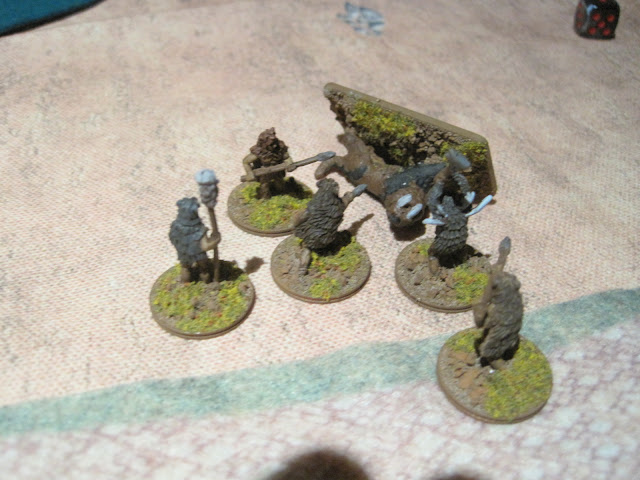 Killing him in a unbalanced combat.

The tribe has sufficient food another month, and they continue their journey to the Big Blue.