The Luric Lands, a map

For my Prehistoric Campaign, first I needed a mpa, and I wanted something random, for that I was looking for in Internet, but all the maps generators that I found were pay for download, so I decided to make something cheaper, I took a hex grid page from here: http://hexmaps.appspot.com/ 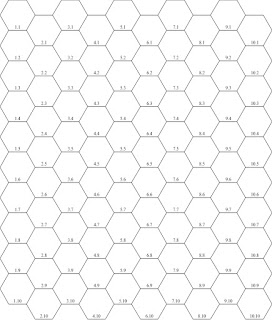 Them, I started to roll two d10 dices, the first for the columns, and the other for the rows, deciding that the result will present a mountain terrain or a forest. Them I roll 17 times to got dangerous zones, represented in the image by a yellow tower. When I saw that there were dangerous zone near a forest or a mountain, I added a mountain or forest terrain, for represent a more inaccessible zone. Them I put a seashore on the tenth column, and two dangerous point in the sea, representing the zone where can arrive the invaders. The sanded zones are clear/hilly terrains where the caveman will move without problems.

I use GIMP and some free brushes from devianart.

And I get this map of Luric 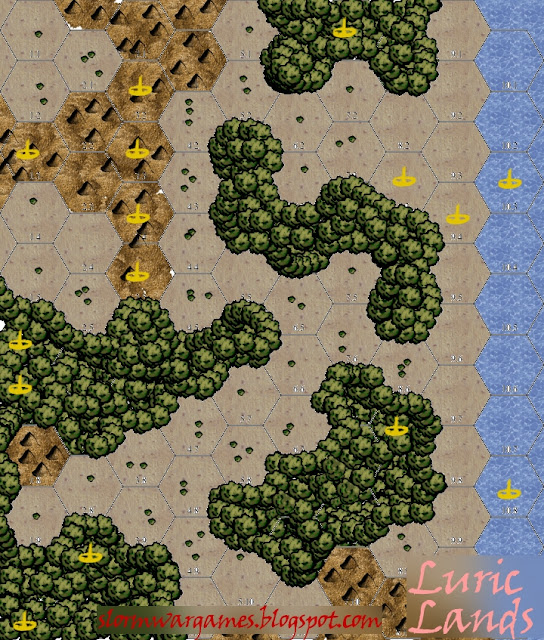 The Cavemen will start in some point of the West side, and must arrive to the coast in less than 10 months, I mean, 10 campaign turns. On hex will represent a month of travel.