The other day I found NUTS Second Edition Europe 1944, by THW. And as I have a bunch of African troops from my Africa Warlords project, I decided to use the miniatures to test this first mission.

JUNE 1984 - You’re in command of a small group of assault troops in Bongolesia. Your unit has been deploy in a random point and is slowly reforming. You are alone with three men.
Your major concern is coming up onto the house. Here’s what the area is like. 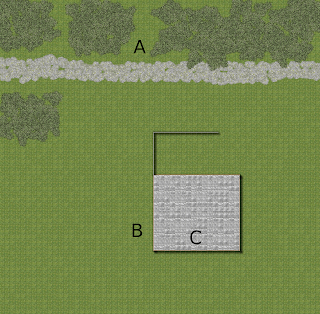 
and taking the LMG shot to the enemies, without any success 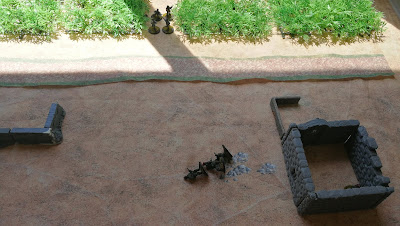 The stormtroopers shoot another time and kill the NCO 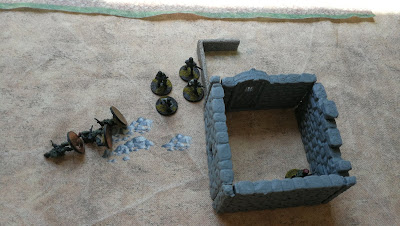 The assailant advanced to the house, the soldier who was inside,
and terrified, hid in a corner. 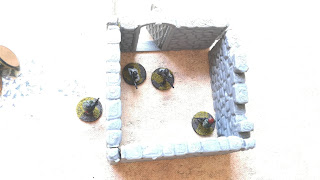 The rebels surrounded the house, the leader shot inside, and the soldier reacted shooting
without success, while, the other soldiers entered the house, accomplishing the mission

As ever, very good taste in the mouth... easy, fast and smooth... Maybe more scenarios... sure!