Why ImagiNations in 17 Century


17 Century is very interesting period for ImagiNations, the territories during these years were more a familiar possessions than a nation or a independent state. For this reason, the relation among them were very conflictive, therefore, here we can find a great period for wargaming.

I was very interested in something like that, I dislike a lot the main stream wargaming periods, because normally there are great "I-win-all" army or two, and all the others are ugly scrub. Not to say the typical grognard who can't maintain his mouth closed... and is there to say "That uniform is incorrect, they didn't fight in this order...." With the ImagiNations... you can do whatever you want... it's my game, and I play it in my way.

For that reason I consider that the second half of 17 century is a very interesting period, a not main stream period, between the 30 years war and Succession Wars, not only would keep the grognard away, but also the troops during this period started to left the pikes and the musket gained his predominant position in the battlefield. So, you can play battle with pikemen, or without them.

But not only this period is interesting by the war aspect, because in this period we have the pirates attacking the coast and the ships, the conquest of America (both in the North and in the South) and Africa, offering a wide variety of situations where you can play colonial encounters, expeditions, and skirmish between professional armies and "savages", giving a lot of story possibilities.

Let's not forget, the witch hunters, the mythical creatures of Central Europe giving to the scenarios the fantasy setting that gives a change of setting which needs sometimes a wargamer like me. 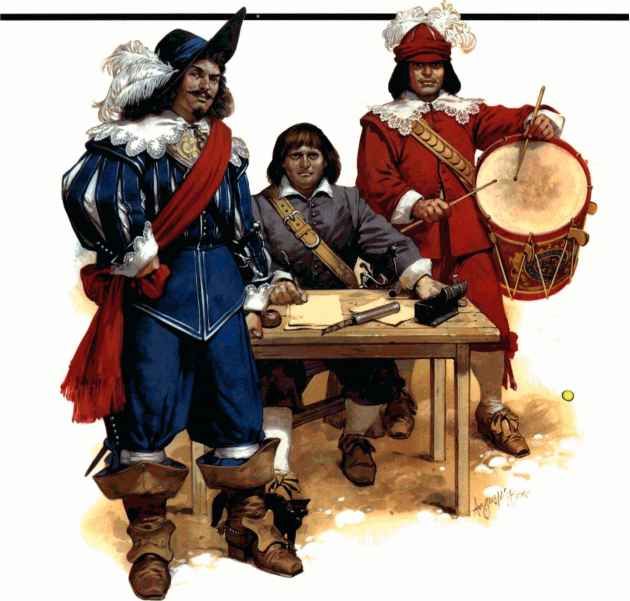